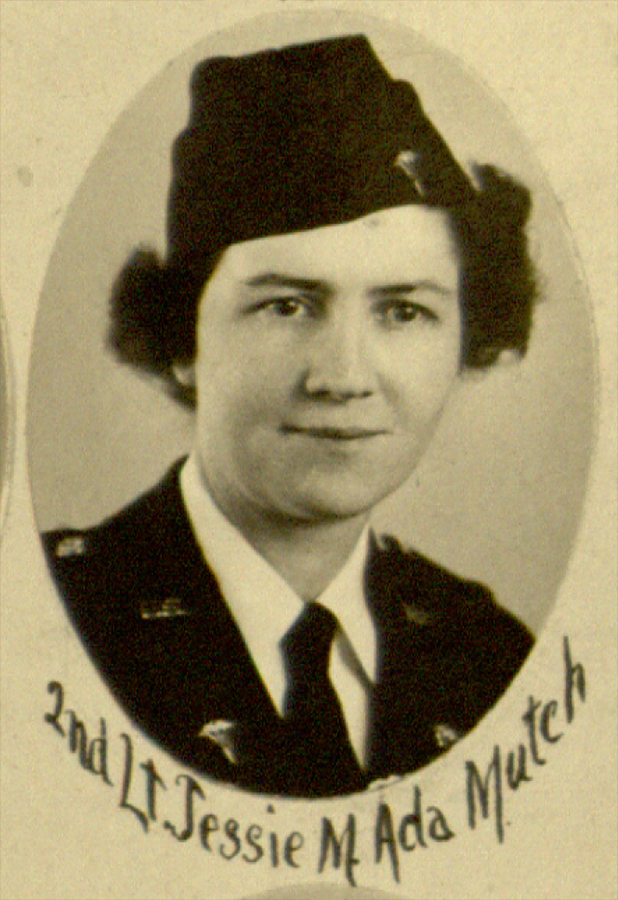 Jessie Margaret Ada Mutch (1905-2012) was born in Scotland and emigrated to the U.S. in 1912 with her parents and siblings. Reverend Andrew Mutch, her father, was Pastor of the Bryn Mawr Presbyterian Church. Ms. Mutch was educated at The Baldwin School and then earned her Nursing Degree at the Columbia-Presbyterian Hospital School in New York. In World War II she enlisted in the U.S. Army Nurse Corps earning the rank of Lieutenant Colonel. She served from 1942-1946 and distinguished herself in the European Theater of Operations. She then returned to Columbia-Presbyterian to pursue her career in nursing, along with a master’s degree in 1948. She held a dual position as Assistant Director of Nursing and Assistant Professor of Nursing at Columbia Presbyterian Medical Center. In 1955 she became the Director of Nursing at Lankenau Hospital in Philadelphia until her retirement in 1970. She was active for many years as a volunteer for ElderNet, and died one week before her 107th birthday.   Items in this collection include a large scrapbook compiled during her time serving in the Army Nurse Corps in Europe, and various materials relating to her career as a nurse. These items are owned by the Museum of Nursing History: https://nursinghistory.org/
Saved in:
Show/hide more info.
Other
Clear
Showing 1 - 10 of 10 Items